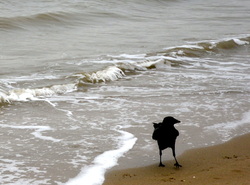 A new study in Proceedings of the National Academy of Sciences has uncovered that the migratory patterns of flu-carrying birds are susceptible to changes in the surface temperature of the eastern Pacific stimulated by La Nina events. Researchers examined the Spanish Flu beginning in 1918, the Asian Flu in 1957, the Hong Kong Flu of 1958 and the swine flu in 2009, revealing that all were preceded by La Nina events. These pandemics all featured new strains of the influenza virus to which people had not developed immunity, which typically emerge when existing strains exchange genetic material. There is no obvious or direct link to La Nina conditions, which are a regularly recurring feature of Earth's climate that does not necessary coincide with flu pandemics.

Nevertheless, previous research has demonstrated that patterns of flights and stopovers in the migrations of some wild birds change between El Nino and La Nina years, suggesting that birds that usually don't mix can be brought together during La Nina conditions, facilitating genetic exchange and, in turn, a devastating flu pandemic. Media articles generated by the study have emphasized how the research lists La Nina conditions as just one possible influence behind the development of new pandemics. With so many scientific articles arguing for direct, unproblematic connections between, for example, warfare and climatic fluctuation, the more nuanced and more realistic approach of this paper and, even more remarkably, the media coverage it has received offers some hope.