What is Historical Climatology?

Historical climatology is a research field situated on the borders of climatology and environmental history, dealing mainly with documentary evidence and using the methodology of both climatology and history. It is directed towards the following three objectives:

1. It aims at reconstructing temporal and spatial patterns of weather and climate as well as climate-related natural disasters for the period prior to the creation of national meteorological networks (mainly for the last millennium).
2. It investigates the vulnerability of past societies and economies to climate variations, climate extremes and natural disasters.
3. It explores past discourses and the social representations of the climate.

What is Environmental History? 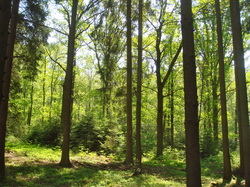 The discipline of environmental history is part of a revisionist effort to make the discipline of history far more inclusive than it has been. It rejects the assumption that human experience has been exempt from natural constraints, that people are separate or supernatural as a species, that the ecological consequences of their deeds can be ignored.

1. How nature functioned and was organized in the past.
2. How socioeconomic developments interacted with historical environments.
3. How human mentalities - perceptions, ethics, laws, myths and more - interacted with past nature.